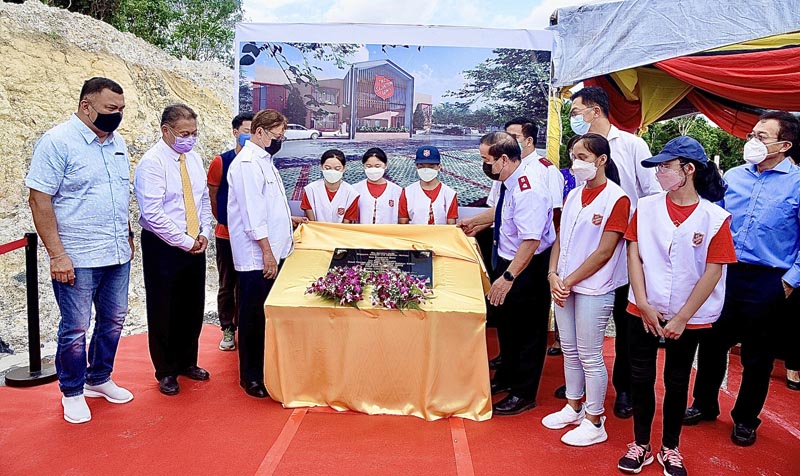 KOTA SAMARAHAN: Caretaker Chief Minister Datuk Patinggi Tan Sri Abang Johari Tun Openg wants the culture of people helping one another, regardless of race and religion, to be preserved in the state.

He said there are various voluntary organisations in the state which provide assistance to the people particularly the needy and called on them to continue their good work.

“Sarawak is very fortunate as it has many voluntary organisations, among them, the Salvation Army that will be there when the state as well as the society need their assistance.

“This is Sarawak. (A) happy Sarawak, where people help one another. And we do not have religious trails. This is important because we understand each other.

“The Salvation Army, through its good deeds and obligations, has contributed to such an environment.

“In addition, Muslim voluntary associations also do the same thing and sometimes they interact and interface so much so that they work together to assist members of our society and therefore I would like all of us to maintain this culture in our state,” he said.

He pledged that the government will defend and maintain the culture of understanding among the people of different backgrounds.

The caretaker chief minister said this before officiating at the foundation stone laying ceremony for the new premises of the Salvation Army Kuching Children’s Home and Kuching Boys Home here on Monday (Nov 22).

Commenting on the good works by Salvation Army, Abang Johari said the organisation has contributed a lot to the betterment of society, especially to those in need of assistance, deprived members of society as well as society in general who faced calamities since Sir Anthony Abell came to Sarawak.

“Therefore, the state wants to reciprocate what you have done to our society. When Senator Robert Lau and the Salvation Army came to see me on the proposed relocation (of the children’s home), we tried to get the best location, and this location is one of the best between Samarahan and Kuching,” he said.

Using an analogy, he said that Salvation Army is like a temporary roof for those deprived members of society where they are assisted, trained and once they are on their own, they can adapt to life’s needs and subsequently contribute back to the society.

“So, I hope the Salvation Army will continue with its good deeds and will produce members of society that are well-disciplined and give back whatever they can to the society at large,” he said.

He also pointed out that the young must be nurtured from the start in order to adapt to the changing society and technology.

On another note, Abang Johari said he could not promise how much grant he would be able to give to the Salvation Army as he currently do not have the mandate.

“I don’t have the power now. I hope you can give me the power and I will try to help you to build this building,” he said.

For the record, the state government has allocated a 7.5 acre land, with a 60-year lease for the construction of the building.

A RM4 million grant has been allocated by the Unit for Other Religions to assist with the construction of the new building.

The new facility would see the relocation of The Salvation Army’s current residential homes, currently at Jalan Ban Hock and Jalan Uplands respectively in Kuching and is also an upgrade for the organisation.