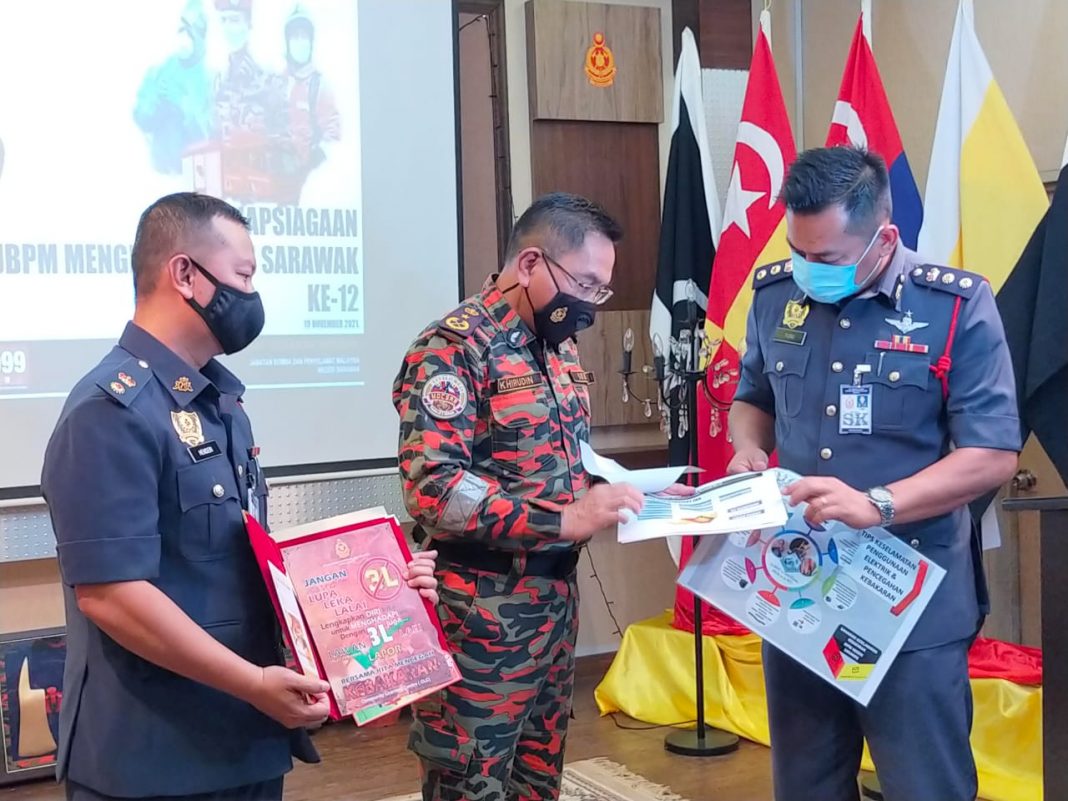 KUCHING: The Fire and Rescue Department (Bomba) has assured that it is well- prepared for the coming 12th state election.

Bomba’s three-phase preparations include patrols and readiness at polling stations as well as ensuring that the vote-counting centres are at a high level of security.
Director Datuk Khirudin Drahman told the media yesterday that based on the information from the Election Commission (EC), sanitisation works at about 3,600 polling stations would be carried out every two hours on polling day.

“With that being said, we are ready to provide sanitation simulation training to the appointed contractors. We will distribute a short sanitation video as a guide to the contractors and election officers.

“We will also enlist help from the auxiliary firefighters and community teams. They will be put on standby to assist in rural areas.”

This means that manpower distribution will be concentrated on zones that are in need of additional officers and Bomba will distribute accordingly.

Khirudin pointed out that in terms of logistics, the department has 16 lorries, 67 pick-up trucks, 45 rescue boats, 18 ambulances and two helicopters at the ready.

“We will be mobilising two helicopters and if needed, we will ask for one to be stationed here (at the department’s headquarters) as well as enlisting help from the main headquarters for the crew to operate the helicopters.

“These aircraft would be used to monitor any issues that may occur during the election week.”

He added that once the (nomination and polling) date has been announced, all personnel’s leave would be frozen for a week before and after the election.
On another note, Khirudin said firefighters are allowed to vote via postal and make an application to the EC to register for postal voting.