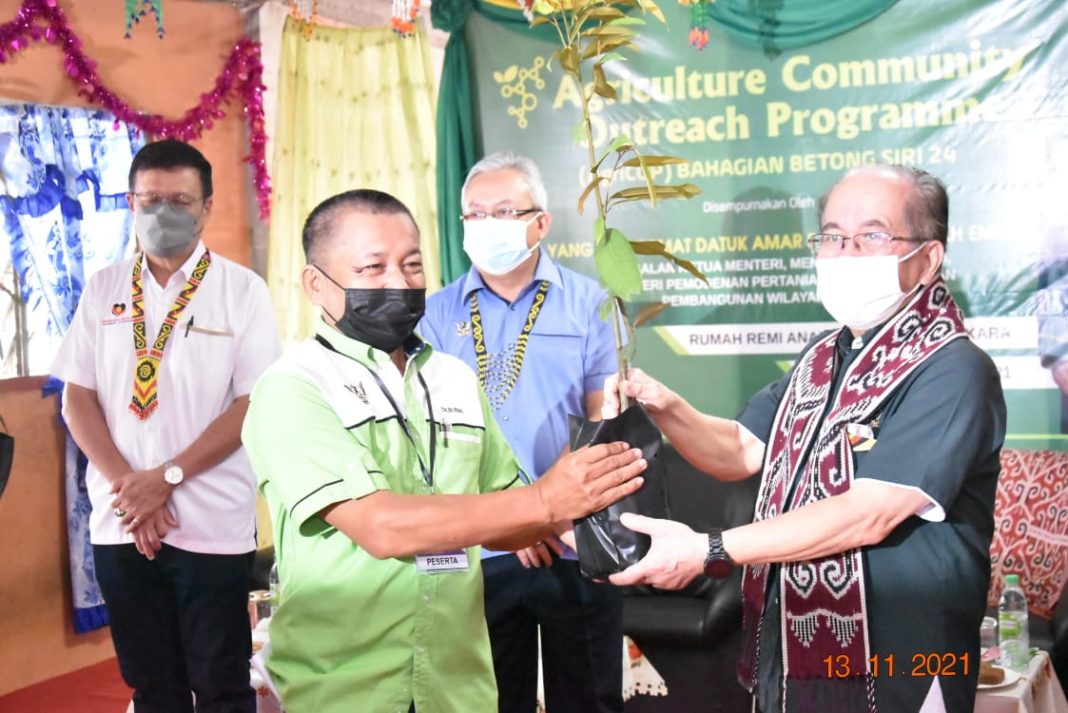 Deputy Chief Minister Datuk Amar Douglas Uggah Embas said although it had done much in terms of basic infrastructure and amenities, the socioeconomic agenda was a dire necessity and top priority.

“For this (the agenda) to materialise, the people should continue to support the GPS government in order for it to rule the state once more following the upcoming 12th State Election.

“Our development plans, strategies, and programmes should be allowed routes to proceed uninterrupted.

“When this is possible, both the people and the state will benefit from them,” he said during an Agriculture Community Outreach Programme (AgriCOP)held at Rumah Remi Rembau in Muton, Kara, Beladin yesterday.

In a related development, Uggah stated that the government is now advising rural residents to plant Musang King (durian) due to the fruit’s high export demand and value.

The advice was given by the government in response to the farmers’ struggles, which had been exacerbated by the many restrictions and constraints imposed due to the Covid-19 pandemic.

“The government provides the planting materials, and each farmer is entitled to 12 sacks only for one type of crop.

“They, too, had set aside RM60 million this year to provide fertiliser to oil palm and pepper farmers.

“In the GPS government, we do not make promises we cannot keep, and we will continue to develop and implement programmes aimed at improving people’s well-being, progress, and prosperity.

The Bukit Saban incumbent warned the public that in the upcoming election, there may be those who seek to separate the people by spreading lies about the government and its leaders.

“They will also be making all kinds of promise but do not fall for them,” he stressed.