Please continue to aid the rakyat with more packages 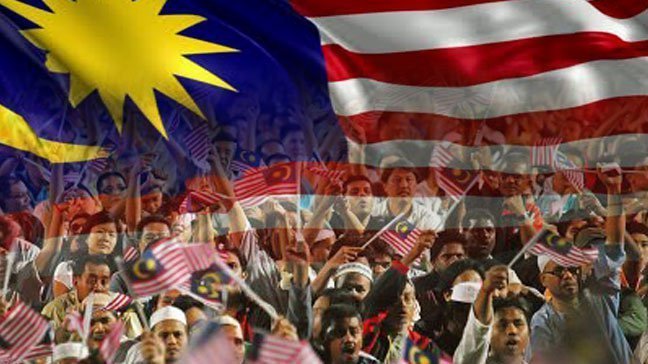 Although the overall unemployment rate has reduced, the extension of the country lockdown from June 28 onwards continue to raise concerns for the low-income groups, small and medium enterprises (SMEs) and youths.

The latest April figure shows that a total of 742,700 individuals remained unemployed despite the decrease of 0.4 percentage point in the unemployment rate in Malaysia to 4.6 per cent as compared to 5 per cent a year ago (April 2020).

Such figure is still relatively higher than the pre-pandemic level – the unemployment rate two years ago (March 2019) was only at 3.4 per cent, whereby a total of 521,300 individuals were unemployed.

As low-income households continue to be affected by unemployment and lower earnings over the past year, Prime Minister Tan Sri Muhyiddin Yassin has announced an additional RM150 billion worth of Pemulih (People’s protection and economic recovery package) yesterday, assisting Malaysians to weather through the storm.

And even though the government has taken measures under Budget 2021, including getting government-linked companies (GLCs) to sponsor 150,000 laptops, the distribution needs to be accelerated. So far, only 12,887 or 8.6 per cent of the 150,000 laptops have been distributed as of June 5, according to the former Deputy Education Minister, Teo Nie Ching.

Thus, many children from low-income families still find it difficult to access learning materials online due to limited digital gadgets. Some of them do not even have their own smartphones as their learning devices.

For businesses, according to a recent survey conducted by the SME Association of Malaysia (SMEAM), it’s found that only 8.6 per cent of the SMEs said that “business is as usual”. The remaining 91.4 per cent stated that they would suffer losses ranging from 25 per cent to 100 per cent.

Furthermore, from the perspective of employability, anecdotal evidence seems to suggest that many young people are struggling to secure a decent job with decent pay and benefits.

And according to the Department of Statistics Malaysia (DOSM)’s latest Labour Force Report for April 2021, the unemployment rate for those aged 15 to 24 years registered an increase of 0.8 percentage points to a record 13.7 per cent, as compared to April 2020 (12.9 per cent).

Since costs are additionally incurred in training new hires with no working experience, employers, in general, are not motivated or incentivised to hire fresh graduates under the current climate.

Whereas under the Penjana Kerjaya 2.0 (Hiring Incentive & Training Programme), a total of 137,593 individuals have been employed between January and June (“Govt approved wage subsidy applications worth RM1.215b as at June 4, says Tengku Zafrul”, Bernama, June 17, 2021).

This is further reinforced in the Pemulih announcement when the government also will be allocating RM125 million through Human Resource Development Corporation (HRD Corp) to implement “Place and Train” initiatives under the Janapreneur programme to school leavers and graduates.

It is hoped that more and more young people would be aware and take advantage on such opportunities offered by the government.

Another issue is that there is also an increasing concern that more Malaysians are suffering from depression and eventually falling into mental illness.

The statistics from January 1, 2021 to June 18, 2021 revealed that 89.4 per cent of the calls were related to mental health issues that required psychological support and counselling. The helplines were managed by the Ministry of Health (MOH), the Ministry of Women, Family and Community Development (MWFCD) and the Department of Islamic Department (Jakim).

MOH also reported that a total of 1,080 cases of suicide attempts have been referred to government hospitals for treatment during last year alone.

Although the current administration is expanding mental health infrastructure to assist the vulnerable among us in managing mental illness problems during this total lockdown, there is still a continuous need for empathy for the plight of ordinary Malaysians as they struggle to weather through this challenging time.

Furthermore, as many are arguably more vulnerable today compared to where they were back in March last year, there were significantly more people coming to soup kitchens for food or to seek shelter during this total lockdown.

Arguably but it has to be emphasised nonetheless, the economic impact of Covid-19 cannot be precisely or systematically controlled or contained in the same way in the public health management sense – where the MCOs have succeeded to restore some measure as well as semblance of stability.

In other words, the balance and trade-offs between lives and livelihoods is not a simple act of judgment and discretion.

As such, the knock-on and chain reaction emanating from the lockdowns in economic terms is, in some ways, beyond the government’s control. The shutting down of a business due to prolonged lockdown cannot be controlled by the government.

However, to reiterate, the government should continue to assist and aid the rakyat – businesses and households – to withstand the economic shock.

Towards this end, EMIR Research urges that the government continues to:

With the introduction of an additional RM150 billion worth of Pemulih on June 28, the government is indeed on the right track in ensuring that aid and stimulus packages will continue to accompany the continuation of the lockdown measures.