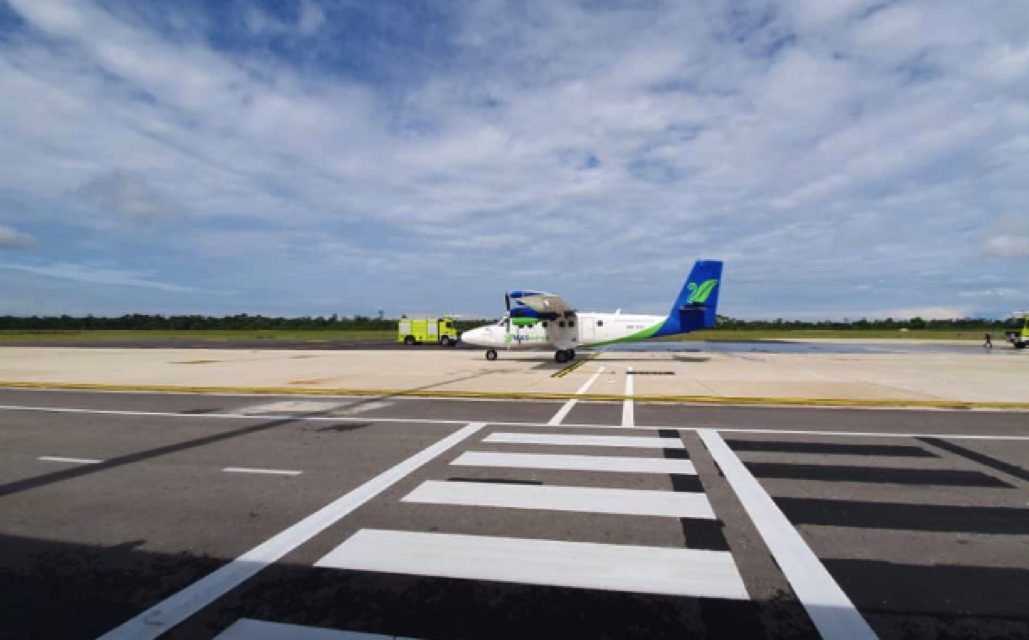 MASWings Sdn Bhd stated that the Viking DHC6-400 Twin Otter flight MH3415 from Kuching arrived at Mukah safely at 10:05am and was given a water salute welcome by two Airport Fire and Rescue Service (AFRS) fire engines as special mark in giving significance of its first landing on the new airport.

“Upon arrival, the flight which carried five passengers was received by Tellian assemblyman Yussibnosh Balo and Balingian assemblyman Abdul Yakub Arbi. Both assemblymen had spent time on a walkabout of the new airport earlier.

“They eventually witnessed the first departure from the airport which was flight MH3414 bound for Kuching,” it said in a statement yesterday. The flight carried three passengers, New Sarawak Tribune noted.

“However, in view of the ongoing movement control order (MCO) imposed nationwide, the return flights into Mukah are reduced to 21 times from Kuching and vice versa as well as five times from Miri and vice versa weekly.

“As the pulse of Borneo, MASWings a wholly owned subsidiary of Malaysia Aviation Group (MAG) is committed to providing air connectivity within the region especially in accommodating for essential travels,” it said.

An unidentified lady, who was the last passenger to disembark the aircraft, was all smiles when arriving at the new airport.

“It is a historic moment for us to be the first group to step on the new airport here today (yesterday),” she said soon after coming out of the aircraft.