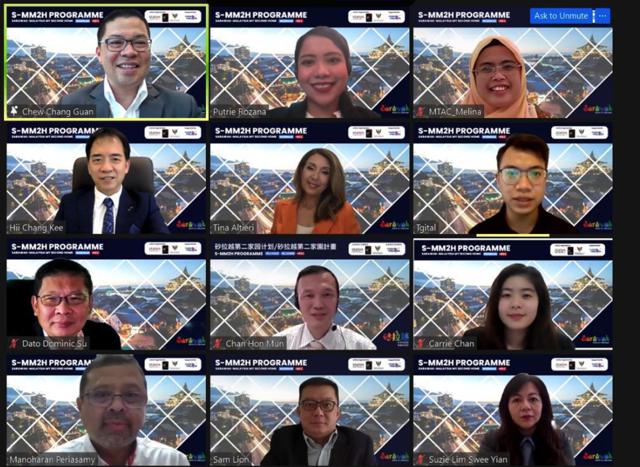 KUCHING: Two hundred and eighty-five potential investors and retirees from Singapore, China, Hong Kong, Taiwan, Korea and Australia have shown interest in the Sarawak-Malaysia My Second Home (S-MM2H) programme – thanks to the Sarawak Trade and Tourism Office in Singapore (Statos) which organised a S-MM2H webinar recently.

The first of its kind webinar initiated by Statos was aimed at attracting more homebuyers and long-stay visitors to Sarawak.

The event was a strategic partnership between the Ministry of Tourism Arts and Culture (MTAC) Sarawak, Sarawak Housing and Property Developers Association (Sheda), Tourism Malaysia and Statos.

“I believe the advertising message really struck a chord with our target market. People everywhere are spending more time at home making it the perfect time to review their lifestyle choices,” she said.

Sam Lion, a Singaporean who originally spent two years in Kuching on a working visa, explained to the audience during the webinar that when his family returned to Singapore, they struggled as they missed the relaxed pace of life in Sarawak and kept finding excuses to return.

They were accepted into the S-MM2H programme in 2016 and have been moving between their homes in Singapore and Kuching ever since. Sarawak’s comparatively low cost of living, education and health care costs were a major drawcard for them.

“In Sarawak, RM600,000 can secure a spacious home or apartment whereas in Singapore, it costs that much for a three-room Housing and Development Board (HBS) flat,” said Sam.

Regal International Group chairman Datuk Dominic Su, who represented Sheda, said Sheda members could be found throughout Sarawak and they would assist buyers to find the right home.

“Buyers should make sure they also tell their chosen agents the sort of lifestyle they are seeking in order to get the best possible advice on location and property types within their price range,” he said.

MTAC Sarawak permanent secretary Hii Chang Kii said the state government was responsible for administering the S-MM2H visa programme under which more than 1,300 long-stay visas have been granted to families and retirees in the last 14 years.