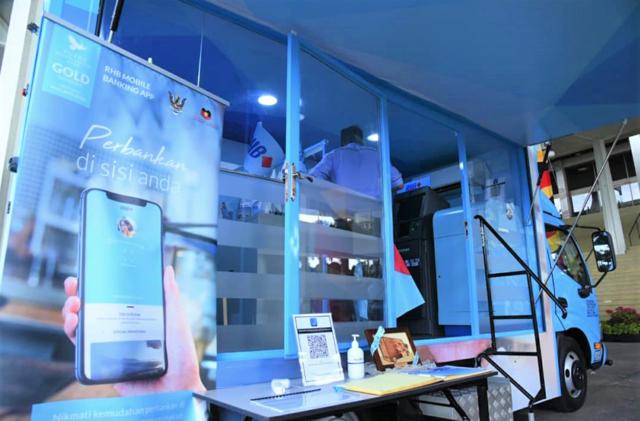 BETONG: The mobile banking services need to be expanded to more areas especially rural towns and villages where there are no banks.

Saribas assemblyman Mohammad Razi Sitam welcomed the Sarawak government’s initiative to facilitate several commercial banks in operating mobile banking services to benefit the rural people. However, he said, there were still many towns or villages that were ‘cut off’ to banking facilities.

“For example, in Pekan Debak, mobile banking services are actually an alternative that should be available when previous applications for bank branches or kiosks are not approved.

“Hence, when the locals want to deal with banks they have to go to Betong, Saratok or Sarikei which is definitely burdensome because of the long distance,” he said today.

Clearly, rural people would be happy if mobile banking services could be brought to their areas.

Razi added that banking facilities are actually much needed in rural areas that are growing economically.

“Sometimes, banking institutions refuse to set up branches because they are worried that they will incur losses.

“But, if viewed rationally from the point of economic development and increasing population density, I think financial institutions can make money … indirectly, helping the government facilitate the affairs of the people,” he said.

Meanwhile, Beting Maro assemblyman Razaili Gapor said that towns or villages in coastal areas in particular have much to gain from mobile banking services.

“My constituency is next to Pekan Pusa, there is a Bank Agro branch. But for the sea side which is separated by Batang Saribas such as Beladin, Spinang, Semarang, even up to Triso there are no banking facilities at all.

“For me, mobile banking services should be available there; at least the people do not need to go to Pusa, Saratok or Betong for banking transactions.”

He added that the mobile banking service should be seen as another proof of the Gabungan Parti Sarawak (GPS) government’s concern for rural areas.

“Chief Minister Datuk Patinggi Abang Johari Tun Openg is far-sighted and always concerned about the needs of the people from time to time. I hope the four banks involved can provide the best service,” he said.

The state government has allocated RM1.6 million to assist in the purchase of vehicles and other facilities for the purpose.

The public also agreed that mobile banking is convenient for the rural people and should be expanded to other rural areas for easier access to banking transactions.

Graduates urged to apply to be teachers

Graduates urged to apply to be teachers