Fight back against the cartel culture 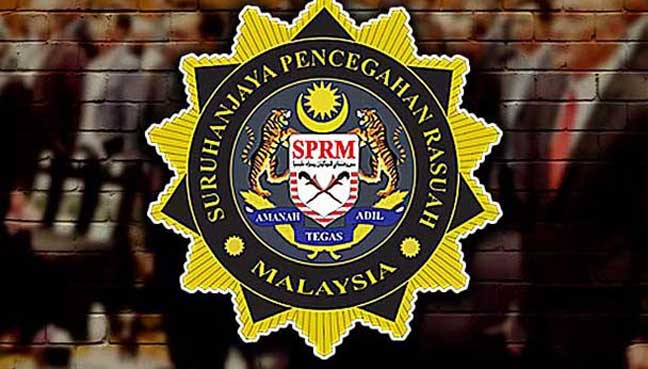 The recent news in early April this year regarding the existence of a cartel/syndicate that had been monopolising government procurement contracts is yet again a grim reminder of how deeply-rooted the culture of corruption is in our society.

The modus operandi (manner of operating) of the cartel was to deploy some 150 companies under its control as cover for submitting tender bids to ministries and agencies. In other words, the sheer number of companies submitting the bids gave the illusion of unrelated bidders. At the same time, the tactic of submitting differential price tags but approximating the “ceiling price” (maximum price the ministry or agency was willing to pay) was aimed at “cornering the market”, i.e., pricing out their competitors.

According to the Malaysian Anti-Corruption Commission (MACC), the cartel had been active since 2014 and was awarded 345 tenders worth RM3.8 billion with a focus on maintenance and development projects – until the cessation of its operations with the arrest of the individuals concerned, that is.

Indeed, we are a country where cartels/syndicates thrive and flourish – where their existence is a “way of life”.

Even the now retired IGP (Inspector General of Police) who stepped down on May 3, Tan Sri Abdul Hamid Baldor, has even admitted to the existence of a cartel or clique within the PDRM (Royal Malaysian Police Force), i.e., right within the very heart of the institution that’s supposed to the nemesis and antithesis of criminality, what more.

The term, “cartel”, within PDRM should be understood not in monolithic terms but consisting of disparate individuals and groups that are said to be in cahoots with organised crime and enjoy their share of the illicit proceeds in exchange for protection and non-enforcement.

Hopefully, with Dato’ Seri Panglima Acryl Sani at the helm as the successor and with officers such as Johor Chief Commissioner Datuk Ayob Khan Mydin Pitchay “by his side”, so to speak, the PDRM on the whole would be able to start off with a clean slate, as it were, and be that fighting force against criminal cartels and syndicates of whatever shape and stripe.

And of course, we’ve been living with the existence of well-established cartels thriving on borderline, semi-legal activities like market monopoly and manipulation. When “big business” (the other but unmentioned reality of Adam Smith’s “invisible hand”) controls the market in terms of wholesale supply (as is usually the case when it comes to “essential” items), then profiteering that’s unrelated to the dynamics of supply and demand as such is to be expected.

Perhaps a good example would be the prices of chicken which has been a hot topic these days due to the festive season. Wet market traders are convinced that there’s some price fixing going on behind the scenes due to the fact that the pattern repeats itself each time in conjunction with the festive cycle – despite the protestations of those in the mid-stream, especially, of the supply chain. The price of chicken has hit an all-time high this year at between RM9.50 to RM10.00 per kg in certain locations.

But there’s no excuse since the Ministry of Domestic Trade & Consumer Affairs (KPDNHEP) and Ministry of Agriculture and Food Industries (Mafi) have been involved in discussions and reached a settlement or agreement with players and stakeholders in the supply chain – from farm to retail to ensure that prices were kept at RM7.90 per kg (until May 20) whereby the respective profit margins across the spectrum are provided for.

Enforcement teams from KPDNHEP, however, are springing into action to ensure price reversion and stability on the back of the implementation of the 2021 Aidilfitri Festive Season Maximum Price Control Scheme (SHMMP) throughout the country beginning from April 21. No efforts will be spared in prosecuting errant and non-compliant suppliers and traders.

Here, in regards to market monopoly and price collusion, the government is doing well at least on the remedial action front.

Notwithstanding, there’s much the government has to do to fight back the criminal cartels and syndicates.

Firstly, there’s no doubt that there needs to be a major-cleaning up of the PDRM. The fight back against the cartel culture should begin within the law enforcer itself.

And by that it’s meant a combination of external and internal reforms.

Externally, there needs to be a dedicated taskforce or specialised unit physically positioned within PDRM to monitor and gather intelligence on the activities of the rank-and-file, including the IGP. This would be the equivalent of the Special Branch (SB) except that the human intelligence (humint) and technical intelligence work is solely focussed on keeping the tabs on PDRM and on a time-limited or temporary basis (e.g., for seven years only).

It’ll work and loosely coordinate with the Enforcement Agency Integrity Commission (EAIC) and what should be an “Internal Affairs Division” of the PDRM as proposed by then Home Minister Datuk Seri Zahid Hamidi. This taskforce or unit, unlike the Internal Affairs Division, will only report directly to either the Home Minister or Prime Minister and accountable to the relevant parliamentary select committee (PSC). Its report shall be presented and tabled in Parliament annually.

In addition, there also needs to be a specialised court set up to try the misconduct and wrongdoing of police officers – that’s parallel to the existence of court martials for the military. This is to ensure respect for the institution of the PDRM and afford the defendants some semblance of honour and dignity. Composition of the tribunal would be a mixture of civilian and retired police officers and could either be sui generis (i.e., in a class of its own) or part of the judicial system.

Internally, as per the “substantive essence” of the Report by the Royal Commission to Enhance the Operation and Management of the Royal Malaysian Police (2005), the (now renamed) Independent Police Conduct Commission (IPCC) Bill (2020) should be expedited as soon as Parliament reconvenes as also urged by Suhakam (Human Rights Commission of Malaysia) albeit on the issue of police abuse of power with respect to custodial deaths and torture.

Secondly, with regards to the government procurement system, there needs to be a complete overhaul of the tender process. For example, this requires the relevant ministry or agency concerned to thoroughly scrutinise the details of the background and profile of the submitting entity – as part of the standard operating procedure (SOP) – to be checked against the database of the Companies Commission of Malaysia (CCM) to ensure there’s no multiple submissions from the same source.

Here as is in other areas, the use of artificial intelligence (AI) – progressing from machine learning (i.e., algorithm of detection) to deep learning (i.e., algorithm of prediction) – is critically important to ensure detection and identification of potential fraud. Predictive analysis entails the AI to be endowed with knowledge of a large number of complex permutations from different weightages of different types of data such as the rate of successful bids, the number of companies that participated in the auction and the bid prices. A good example to emulate would be the South Korean bid-rigging indicator analysis system (Brias), as highlighted in Algorithms and collusion: Competition policy in the digital age (OECD – Organisation of Economic Cooperation & Development).

AI could also be used for tracking the flow of funds (which entails the cooperation of banks). In this, the Malaysia Competition Commission (MyCC) under KPDNHEP as the body par excellence charged with quasi-judicial body powers to investigate and prosecute at the same time in spearheading the effort against bid-rigging and other anti-competitive activities should also play a central role in training, advocacy and execution by the use of digital technology.

Finally, among others, under the Leniency Programme provided for by Section 41 the Competition Act (2010) whereby cartel members are encouraged to come forward in exchange for lenient or total immunity from the penalties, the following should be considered as per “The Use of Leniency Programme in Detecting Cartels in Malaysia” (2019) published in Sciendo (Academic Journal of Interdisciplinary Studies):

In conclusion, purging our society of the cartel culture is indeed a long-term and indefatigable effort. It not only requires an all-of-government and whole-of-society approach, but precisely a change of culture that starts from within the individual, to quote Datuk Hussamuddin Yaacub, founder of the Rasuah Busters movement.