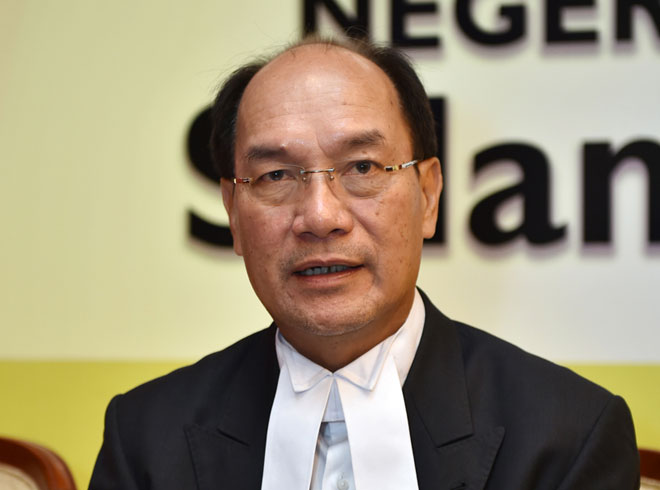 “The statement by Joshua who said that ‘not an inch of land has been returned to the native landowners’ is either a deliberate lie or completely misconceived.”

“Over the last 10 years, the Land and Survey Department has surveyed 2.44 million acres of NCR land under Section 6 of the Sarawak Land Code (SLC) of which 1.9 million acres have been gazetted under the same Section 6 and 18,444 Section 18 titles have been issued to individual NCR owners after the perimeter survey and gazette of NCR land under Section 6,” he said on Monday (April 19).

“This will be followed by the survey of individual NCR land within the area surveyed and gazetted under Section 6 in order to issue individual land titles under Section18 of the SLC.

“It must be noted that Section 18 title can only be issued in respect of NCR land and not over State land.”

“If NCR land becomes State land as alleged by some quarters, then the title to such land should be issued under Section 13 of the SLC which applies to alienation of State land.

He said the government also recognised and issue titles to land commonly known as Pemakai Menoa and Pulau Galau (PM and PG), and under the new Section 6 A, it gave recognition to PM and PG, which is now referred to as Native Territorial Domain (NTD) up to a maximum area of 1,000 hectares per native community settlement.

“To further protect the rights of NCR land owners, an amendment was also made to Section 28 of the SLC which stipulates for the exclusion of NCR and NTD land from Provisional Leases (PL) before the final lease title is issued in replacement of such PL.”

“The amendment to the SLC as explained was to recognise and give titles over NCR and NTD land to the owners and this will involve millions of acres of NCR and NTD land. In the light of these facts, Joshua Jabeng’s allegation that not an inch of NCR land has been returned to the native owners is baseless and an outright lie.”

The State Legislative Assembly (DUN) Deputy Speaker then said the so called ‘agrarian land reform’ mentioned by Joshua was rather naive.

He added Sarawak Land Consolidation & Rehabilitation Authority (Salcra) and Land Custody and Development Authority (LCDA) have developed large areas of NCR land where the NCR owners agreed for their land to be developed through joint ventures.

“The Federal Land Development Authority (Felda) model in West Malaysia or the hybrid model mentioned by Joshua may not necessarily be suited to our situation in Sarawak.”

“As for the state government, we are an open book. The people can evaluate for themselves the track record of delivery and performance since Datuk Patinggi Abang Johari Tun Openg took over as chief minister and GPS was formed.”