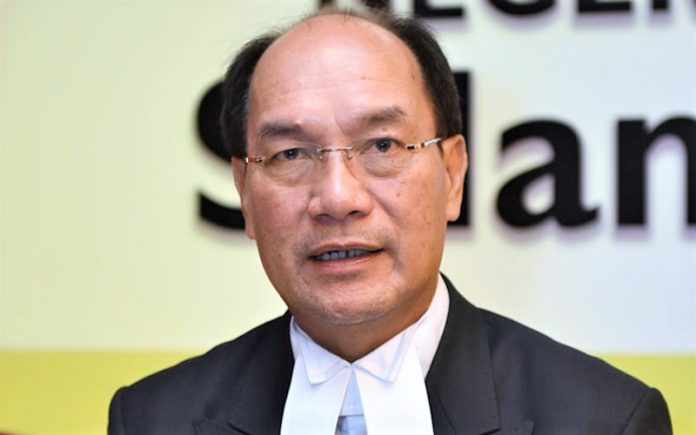 I refer to the statement by Joshua Jabeng reported in the Sunday Post 18/4/2021.

The statement by Joshua “that not an inch of NCR land has been returned to the native landowners” is either a deliberate lie or is completely misconceived. On the contrary, the government do recognise and give land titles over NCR land to the NCR owners. Over the last 10 years the Land and Survey Department has surveyed 2.44 million acres of NCR land under Sect.6 of the Sarawak Land Code of which 1.9 million acres have been gazetted under the same Sect.6 and 18,444 Sect.18 titles have been issued to individual NCR owners after the perimeter survey and gazette of NCR land under Sect.6.

In addition to recognising and giving titles to NCR land, the government also recognise and issue title to land commonly known as Pemakai Menoa and Pulau Galau (PM&PG). This is made possible by the amendment to the Sarawak Land Code by the government through the new Clause 6A in the Sarawak Land Code. This new Sect.6A gives recognition to PM&PG which is now referred to as Native Territorial Domain (NTD) up to a maximum area of 1,000 hectares per native community settlement. Before this Sect.6A amendment, PM&PG was not recognised as NCR land. The Federal Court in the case of Director of Forest Sarawak&Anor vs. TR Sandah Ak Tabau & Ors ruled that the adat relating to PM&PG has no force of law and that PM&PG is not NCR land as provided in Sect.5(2) of the Sarawak Land Code. The Sect.6A amendment was enacted by the government even before the Federal Court made it’s ruling in TR Sandah’s case. This new Sect.6A amendment effectively gives the natives rights and title to land (NTD) which was previously not recognised as NCR and to which they were not legally entitled to.

To further protect the rights of NCR land owners an amendment was also made to Sect.28 of the Sarawak Land Code which stipulate for the exclusion of NCR and NTD land from Provisional Leases (PL) before the final lease title is issued in replacement of such PL. This gives NCR and NTD owners the right to have their NCR and NTD land to be excised from any PL. Before the amendment, NCR land cannot be excised from the PL but can only be compensated for by monetary payment.

The amendment to the Sarawak Land Code as explained above was to recognise and give titles over NCR and NTD land to the owners and this will involve millions of acres of NCR and NTD land. In the light of these facts, Joshua Jabeng’s allegation that not an inch of NCR land has been returned to the native owners is baseless and an outright lie.

The so called agrarian land reform he mentioned is rather naive and more of a day dream. The GPS government has in place various programs to promote commercial agriculture and smart farming using modern technology and NCR land owners have been encouraged to utilise their land for commercial agriculture and smart farming by taking advantage of the various assistance and programs provided by the government. SALCRA and LCDA have developed large areas of NCR land where the NCR owners agreed for their land to be developed through joint ventures. The FELDA model in West Malaysia or the hybrid model mentioned by Joshua Jabeng may not necessarily be suited to our situation in Sarawak. It may serve as a good reminder to Joshua that our rakyat remember PH not by the many promises they made but the many broken promises that they could not deliver after becoming the government. As for GPS government we are an open book. The rakyat can evaluate for themselves the track record of delivery and performance of GPS government over a relatively short period of 4 years since our YAB Chief Minister Datuk Patinggi (Dr) Abang Jo took over as Chief Minister and GPS was formed.