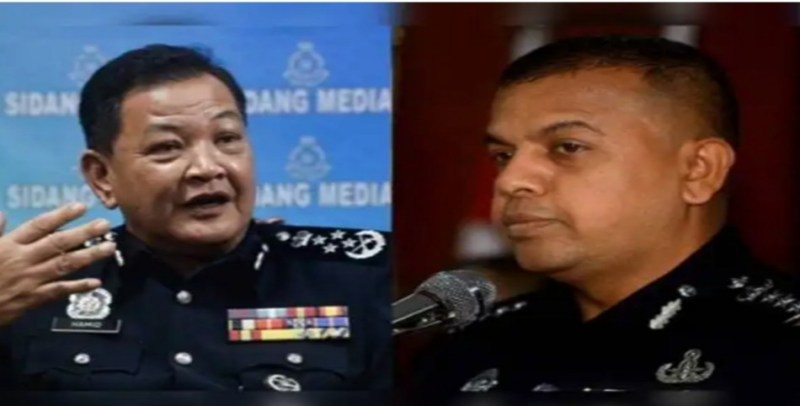 I recently called for the tenure of outgoing Inspector General of Police, Tan Sri Abdul Hamid Bador to be extended so that he can clean up the force and restore the image of the men in blue among Malaysians.

My stand on this remains unchanged, especially in light of recent incidents which have shaken people’s faith in the force to the core.

Malaysians are being shocked almost daily with incidents of rampant gangsterism, public intimidation and the exposing of gambling syndicates which showed no regard whatsoever to the authorities.

Just in the past few days alone we have read and seen viral videos of gang fights in restaurants, road bullies attacking innocent motorists and gambling syndicates openly promoting their websites through Hari Raya videos.

However, I applaud officers like Johor police chief Datuk Ayob Khan Mydin Pitchay, along with the IGP, for their speedy action in cracking down on criminal elements in the country.

It was Ayob Khan who crushed the notorious `Geng Nicky’ and exposed the gang’s link with corrupt policemen in the force.

Ayob Khan has since promised to nab the conspirators within the force and hand over the investigation papers to prosecutors. He has also pledged to continue cracking down on organised crime.

However, there was a more telling statement from Ayob Khan, who said he had no plans to reveal the name of the corrupt officers to Bukit Aman as there was no point leaving the matter to the police Integrity and Standards Compliance Department (JIPS) but would instead take them to court.

Apart from Ayob Khan, Hamid too launched an astonishing attack on the police’s disciplinary committee, alleging that it was guilty of cover-ups. Hamid said that several former JIPS officers had allowed those who “passed favours to investigators” to be let off scot-free, instead of being charged or transferred out of their positions.

It is sickening to hear how a department set up to address issues of misconduct, including allegations of corruption in the force now stands, accused of doing the opposite.

It is for this reason alone I urge the government to give its full backing to officers like Hamid and Ayob Khan to finish what they have started, i.e to clean up the force.

It would be a travesty to not throw our full support behind Hamid and Ayob Khan to restore the glorious name of the Malaysian police, which was once looked upon with utmost respect by all before the rot set in.