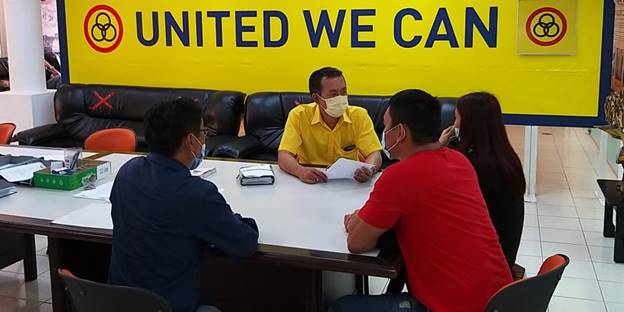 KUCHING: SUPP Public Complaints Bureau (SPCB) Chief Wilfred Yap came to the rescue of a teenager who was offered a job as a waitress in a coffee shop in Serian was instead made to work in a pub.

The 16-year old girl quit the job and asked for the return of her identity card kept by the employer but was asked to pay a certain amount of cash.

This caused fear and panic to both the father and the girl.

The father then approached Yap for his advice and assistance.

The father told Yap that her daughter left school and applied for a job as a waitress in a coffee shop in Serian but was asked to work in the pub.

Yap said a police report has been lodged but the father and daughter are worried of what may happen to them.

A letter, said Yap have written to the Serian Police chief and Sarawak Police Commissioner to request the police to conduct a thorough and comprehensive investigation on the matter based on the police report lodged.

He assured that he will follow up with the case.

He said employers have no authority under the law to withhold or detain the identity card of their employees.

Anyone found guilty of committing the offence of wrongful retention or detention of another person’s identity card (MyKad) can potentially face imprisonment and/or a hefty fine.