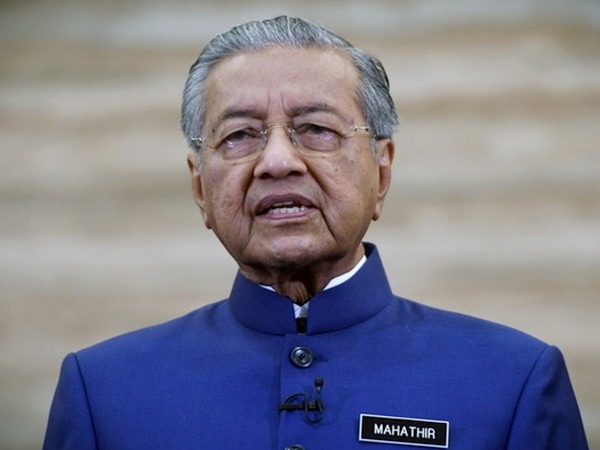 In his trail of destruction across Malaysia politics, the latest weird proposal to come from TDM is for Sabahan MP Shafie Apdal to be PM8.

But TDM has forgotten that he has no power to decide who can be the Prime Minister of Malaysia. The rakyat and voters also do not have the indulgence to vote for who they want to be PM. The power to appoint our Prime Minister lies absolutely with our King. According to Article 43(2)(a) of our Federal Constitution the Agong shall appoint an MP whom His Majesty believes he commands the majority support of his peers as Prime Minister. There is no specific rule how our Agong makes his decision, and it is his prerogative and wisdom to appoint the PM.

TDM has also forgotten it is not up to him to decide the cabinet and who can be the DPM. He has no power to decide who our DPM can be, when there is no provision even in our Constitution for the position of DPM, let alone two, of which one is to include his son.

If TDM wishes to throw the cat amongst the pigeons with his call for Shafie to be the next PM, it is not likely it will make any splash. The people are now accustomed to his eccentricities in his bid to hold the seat of power as PM. After all it was Mahathir, and him alone who betrayed the rakyat by resigning as PM in February, paving the way for the new PN regime.

What is even more bewildering now is that when the country is facing the Covid pandemic and economic desperation, his only obsession is with the PM post, his politician son and playing political parties against each other. The rakyat is suffering, yet TDM is ‘playing the fiddle while Rome burns’. After all, TDM will still have his chance to be PM again at the next PRU in two years’ time, or if sooner in a snap election.

What is shockingly revealed in TDM’s latest political manoeuvre is the readiness of DAP to dance with Mahathir to the hilt. TDM exposes the true colours of DAP who dance to Mahathir’s tune for political expediency and power at all costs even to the extent of throwing their ally – Anwar and PKR – under the bus. By being accomplice to this quirky proposal , it shows the political bankruptcy of DAP politics. Having tasted power, they are hungry for more, and are willing to forsake their political allies and the rakyat in their power games.

Having said all that, if there is any merit to the proposal, I would support the idea if it means Apdal will give a one-way ticket to relocate one million Sabahan PTI (pendatang tanpa asing) to Kedah and Penang, get Labuan to be returned to Sabah, relocate the capital of Malaysia to Lahad Datu, and restore all Sarawak and Sabah rights over our oil and gas.