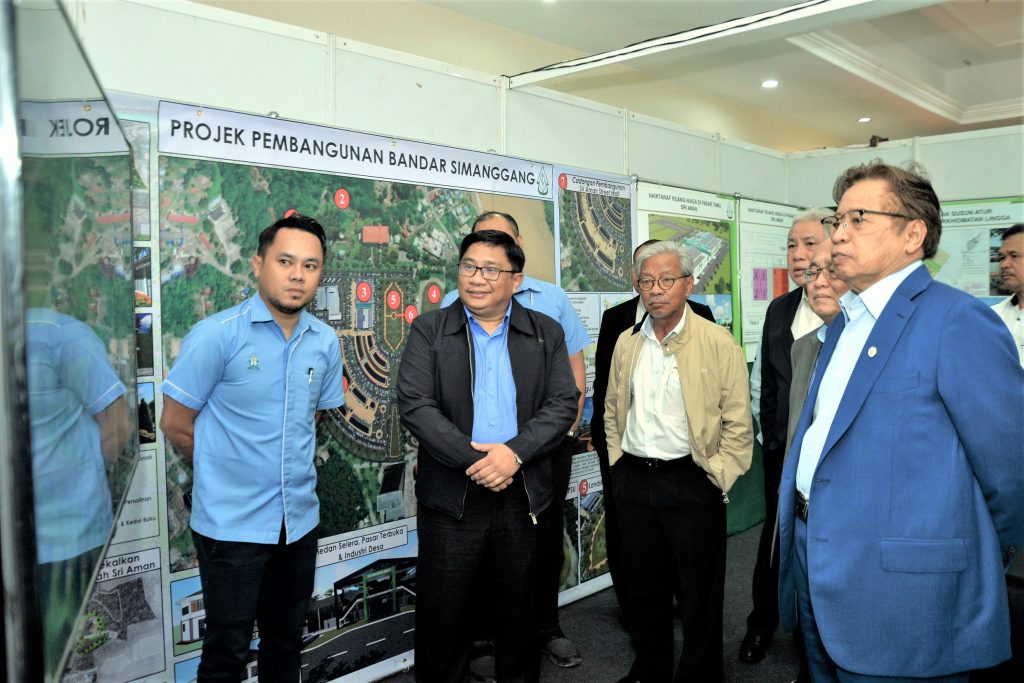 SIMANGGANG: The future is looking bright for people of Sri Aman division with millions of ringgit allocated for their development projects.

It was revealed that the state government had approved a total of 13 projects around the division under ‘Projek Rakyat’ with allocations totalling RM195 million.

According to Chief Minister Datuk Patinggi Abang Johari Tun Openg, the state government had also approved other projects costing up to RM295 million.

“That means under the Eleventh Malaysia Plan (11MP), we have allocated up to RM500 million for development projects in Sri Aman,” he said during a press conference after a state development coordination committee meeting on ‘Projek Rakyat’ at Sri Simanggang Hotel here, yesterday.

Some of the ongoing ‘Projek Rakyat’ include the upgrading of the local waterfront for Pesta Benak (Tidal Bore Festival), Simanggang beautification project, and Peace Park project.

“A new location for the new civic centre has been identified. The problem with the current one is it has limited space.

“The cost of upgrading is about the same as building a new one. This is why we chose to build a new one instead,” he said.

He also told that a heritage centre will be built here. It will be based on the legacy of W. Somerset Maugham, an English playwright, novelist, and short story writer known for his time spent here.

“We are currently working with the museum to locate his (Maugham) frequent writing spots and we will develop it into a heritage centre.

“This is one of the things that would attract tourists,” he said.