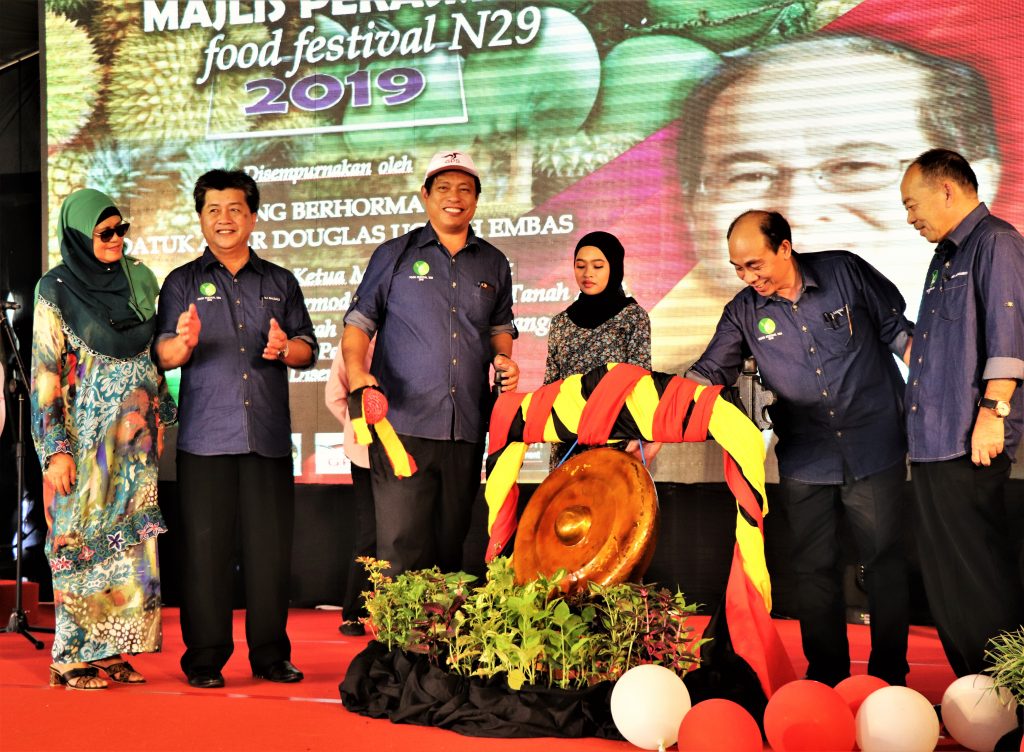 BELADIN: Serious youth involvement in modern agricultural development has to be continuously pushed to ensure that the state government could get two million hectares of land utilised for agriculture.

Agriculture, Native Land and Regional Development Assistant Minister Datuk Dr Abdul Rahman Ismail said that each area had its strong points, but the government wanted to focus on crops that sell well in the market especially in China.

“That is why four crops, namely, durian, banana, coconut, and pineapple will be given more attention. We aspire to plant each of these commodities on 100,000 hectares of land by 2030. We are also focusing on other crops with the active involvement of our youth,” he said.

The Bukit Kota assemblyman said this when officiating during the 4th Beting Maro Food Festival at Beladin.

He said that next year, his ministry would hold roadshows in each constituency to promote the agricultural sector to pique the interest of locals especially youth in agriculture.

“Statistics show only 12 per cent of youth participates in the agricultural sector. However, we believe that this group may be interested in modern agriculture such as fertigation and smart farming, which is what we are going to do,” Abdul Rahman said.

This opportunity, according to him, should be seized by the younger generation as the ministry next year would be allocated RM797 million to develop agriculture.

He congratulated Beting Maro assemblyman Razaili Gapor on his commitment to the Beting Maro food festival.

“I am very interested in Beting Maro’s agricultural plans. In my speeches elsewhere, I will talk about this area as an example because there is a clear blueprint here besides the involvement of the community,” he said.

“Incidentally, we will help Kampung Tambak and continue to empower it as the world’s most renowned ‘gula apong’ producer.”