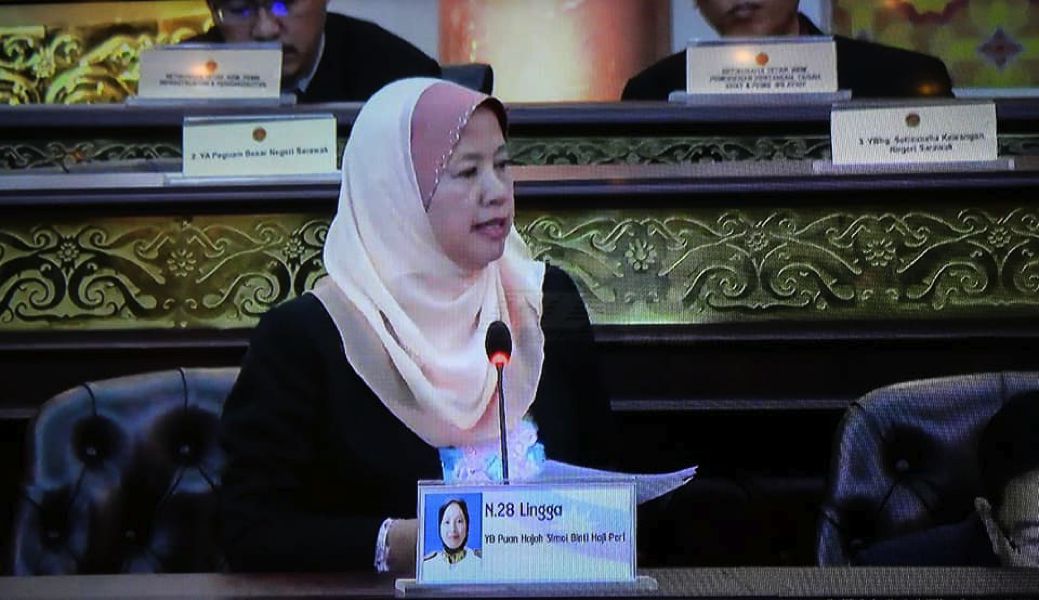 LINGGA should be included in the development of agriculture in the state, said Simoi Peri (pic) (GPS-Lingga). “This is because there are a lot of abandoned lands which could be developed with the participation of the local community. “Such effort is in line with the state government’s policy which puts emphasis on establishing Agro Parks,” she said when debating on the state budget in the DUN yesterday.

“To realise the plan, we should not deny the planting of products which has market value and able to be developed by the local community. “This is to ensure that the Agro Park can be developed sustainably without depending on the government all the time.

“We must also include the introduction of high technology machines and machineries to the targeted group in the plan,” she continued. Simoi mentioned that the coastal community in areas like Maludam, Lingga, Seduku, Stumbin and Tanjung Bijat should be equipped with training so that their existing experience can be topped up with new skills and knowledge to increase their capacity.

“This will enable further research and development as well as to preserve the species of fish and prawns in the area, which will lead to an increase in economic gain for the local community,” she added.