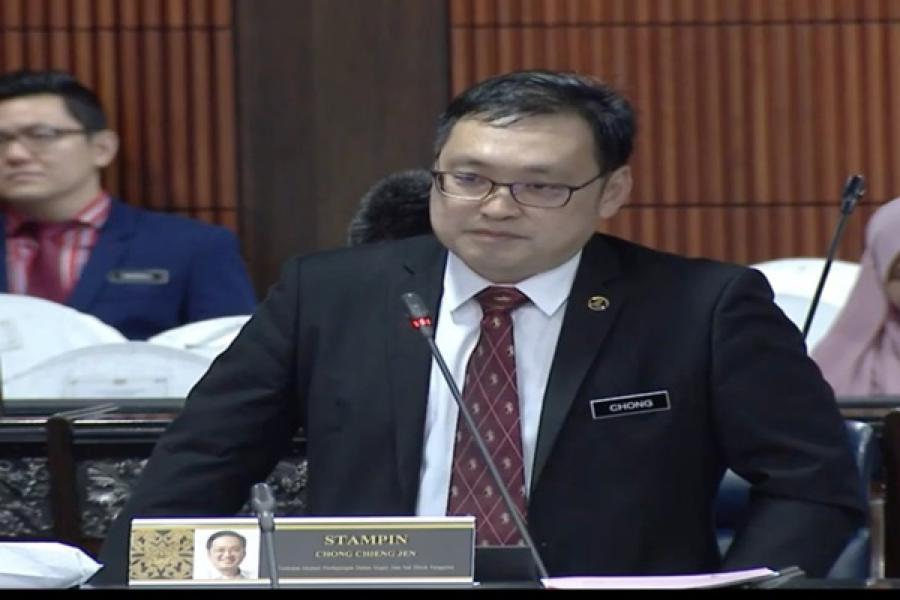 BINTULU: Sarawak DAP chairman Chong Chieng Jen is not qualified to criticise the State 2020 Budget, said Datuk Seri Tiong King Sing. “While his ministry benefits from the national budget, he has been silent as a ghost when it comes to marginalisation by the federal government of his own home state,” said Tiong, who is also Progressive Democratic Party (PDP) president.

Chong’s baseless claim that the state budget was a form of “alternative budgeting” as it was based on projected revenues and sales tax collection was nonsensical, added Tiong, who is Bintulu MP, in a statement yesterday.

“He has the gall to make this claim by pointing fingers at the state for not making Petronas make good on its obligation to pay their sales tax for oil and gas products.

“Chong’s statement is ridiculous coming from a federal government deputy minister who has the means and channels to help his home state pressure Petronas and the Cabinet into paying the sales tax rightly owed to Sarawak.

“DAP leaders like Chong continue to use the 1MDB case to deceive the people to distract from negative sentiment for the PH’s (Pakatan Harapan federal government) lacklustre
performance,” said Tiong.

“But incredulously this time Chong is using the 1MDB to discredit the state budget as if they are the same thing.

“It is an established fact that the revenues and expenditures in the budget are above-board and transparent. It is also indisputable that Petronas is the sole agent refusing to meet its obligations to repay the five percent sales tax on oil and gas products from Sarawak,” he added.

He described Chong’s hypocrisy as bare and presented a bad political culture for the country and “an even bigger affront to Sarawak is Chong’s assertion that monies owed by the federal government is not a big deal.”

“What if the state government owed money? Would it be a big deal?” Tiong asked. He questioned why Chong did not get on Petronas’ case considering that other oil and gas companies had paid their dues (five percent sales tax) to Sarawak, Chong’s home state.

“Does he worry that with the money collected, the state might become too rich and prosperous thus making the rakyat happy and support the state government, leaving DAP without any political ammo?”

“Chong must have forgotten that he is a Sarawakian after being made a deputy minister in the federal government,” Tiong added. “The PH loudly declared in its election manifesto to press for a 20 percent oil royalty, to return 50 percent of the tax collected in Sarawak and restore state rights according to the Malaysia Agreement 1963. In all of this, we want to ask Chong: what exactly have you or your party done for Sarawak?” Tiong asked.