Utama News Feast for the Spirits of Bau Miners 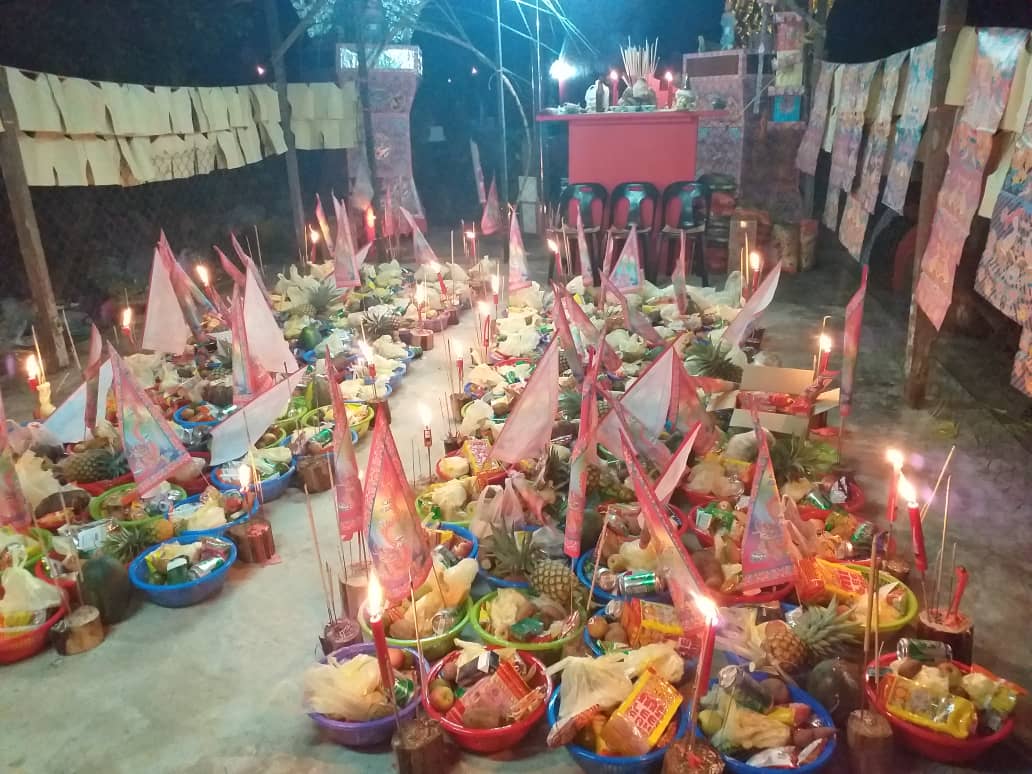 About 500 meters into theintersection of Taiton road and Old Bau Road, a sizeable crowd gathered just as dusk sets in. Most of the crowd had comeby earlier in the day with fruits and other food offerings to the General’s Temple. This temple is dedicated to a general deity believed to presides over the right and wrong doings of people and spiritual beings. The community believed the General Deity’s role is like a present day magistrate.

In front of the temple, there is a small hall with zinc roofing. Offerings are placed on the floor and incense sticks are either pierced into or placed among the fruits and food offerings on the floor. The offerings are for spirits of deceased believed to enter the human world during this month.

It is the seventh lunar month now and the Chinese believe spirits of deceased are free to enter the human world. It is a special month whereby the human should be careful with their words and actions as to not offend the spirits. Marriage ceremonies, house moving, business opening and even house renovation are generally refrained during this month. The peak of the month’s activities is on the fifteen day, and the last day the spirits stay among the human.

At this particular temple, the offerings are made to the miners who have worked the antimony and gold mines in Bau from around 1820s to 1850s. Not far from the temple, an old grave site has been identified with over 500 unmarked graves. The old grave site has been gazetted recently by the authority. The spirits of the miners are treated to a feast of food, fruits, wine, tea together with the offerings of paper money, paper clothings, shoes and other apparels.

While the spirits of the miners are feasting, inside the General Temple a spirit medium has gone into trance. The spirit medium is being possessed by the General Deity. Pemanca Bong Jong Long, the community leader of Bau asked a few matters pertaining to the welfare of his people. He also informed the Deity about the upcoming events of the Bau Chinese Miners Society.

The Society has been established late last year with the aims of preserving and promoting the awareness towards the social history and cultural heritage of miners in Bau. Bau or Shak Lo Mun (in Hakka) is wellknown in ‘official’ history as the place Chinese miners rebelled against the Brooke colonial. The aggravated event was commonly known as the Chinese Rebellion or Bau Uprising. Common history denotes the Bau miners revolted as they were not willing to submit to the many policies inaugurated by James Brooke and his political pretensions.

The Society hopes to bring awareness to the social history of the mining community which predates the Brooke regime and narratives from the miners’ descendants.
The General Deity spoke through the medium that the effort of the Society will be fruitful if the members and the communitypersevere and worked together.

After that the spirit medium collapsed on the table as the Deity left his body. Outside the temple, crowd has become larger and everyone was ready for the scrambling of the offerings. In less than five minutes, all the food offerings were snatched by the vibrant crowd. The mood was merry and everyone, human and spirits are happy to be treated to a feast. 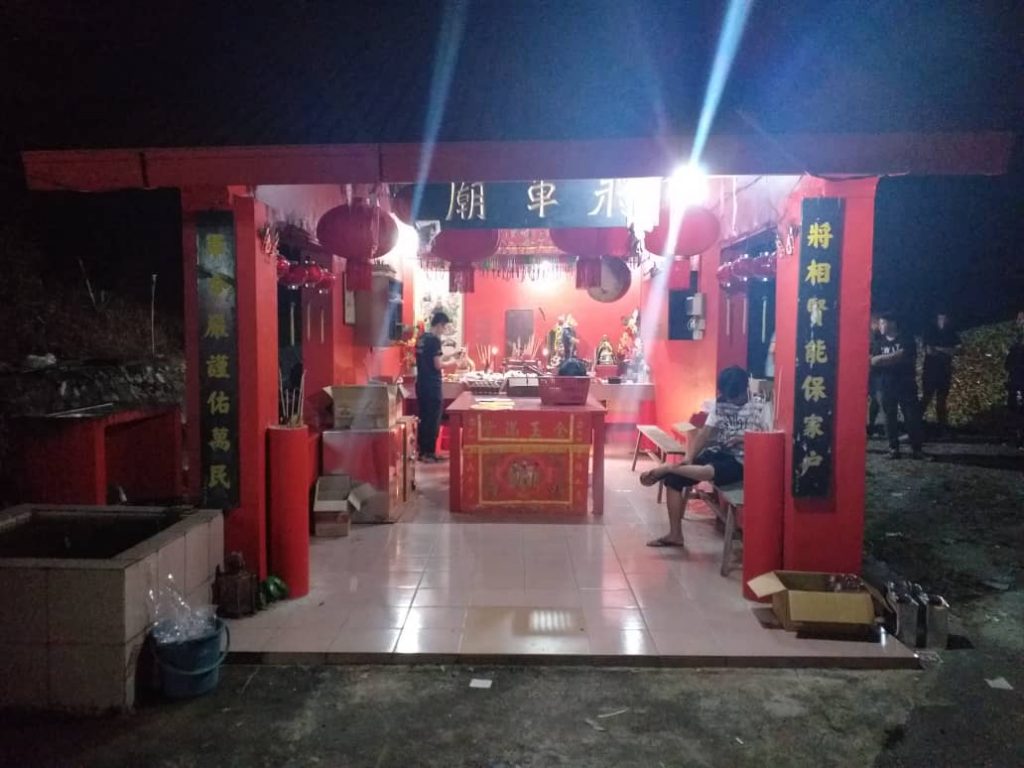 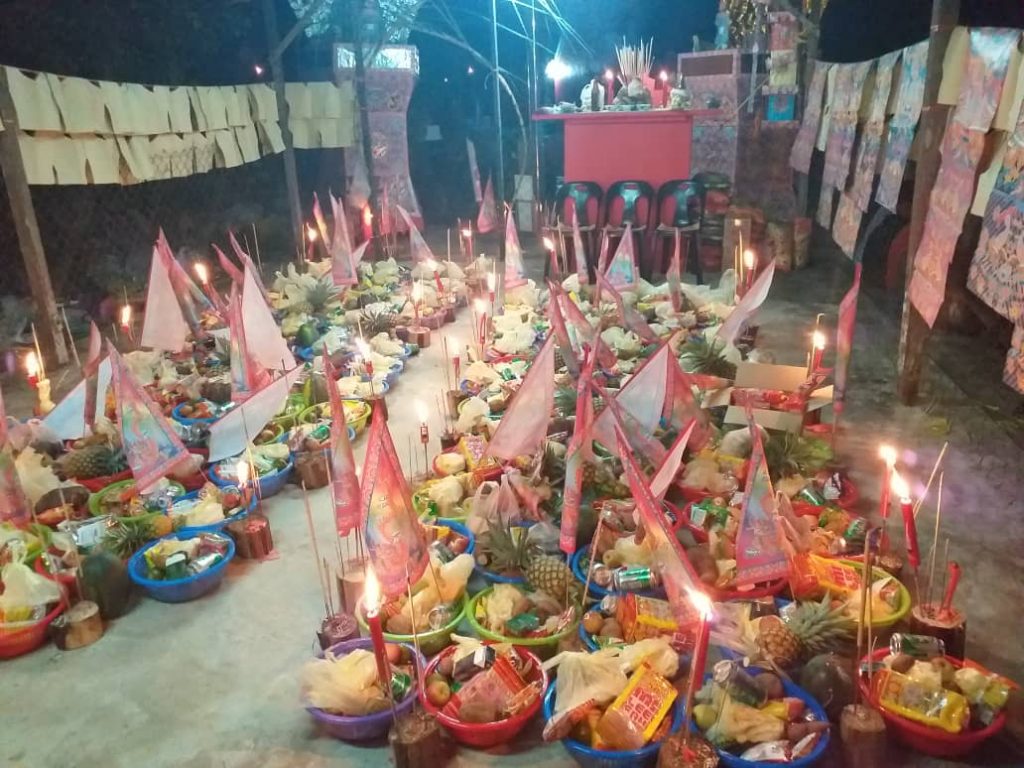 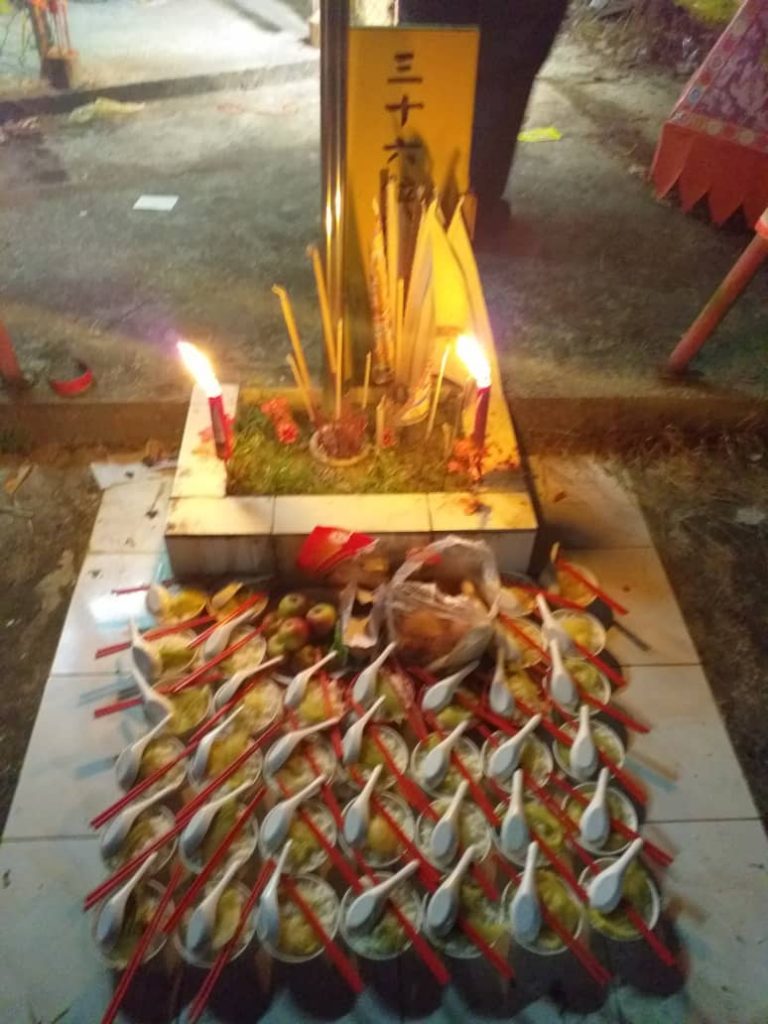 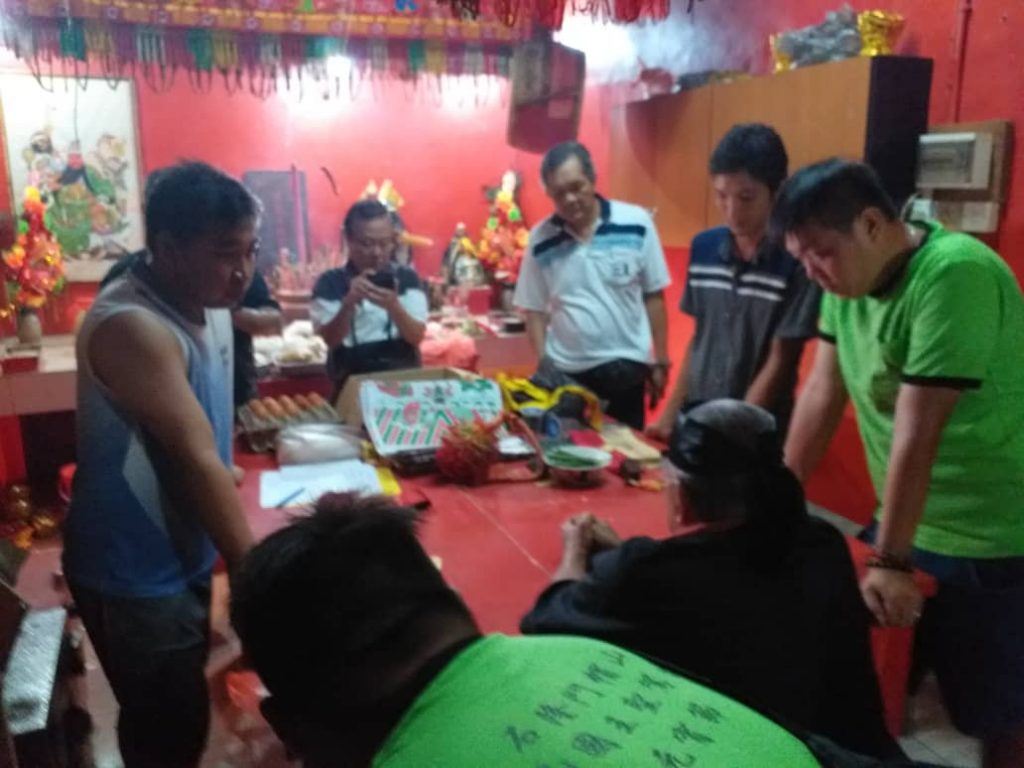