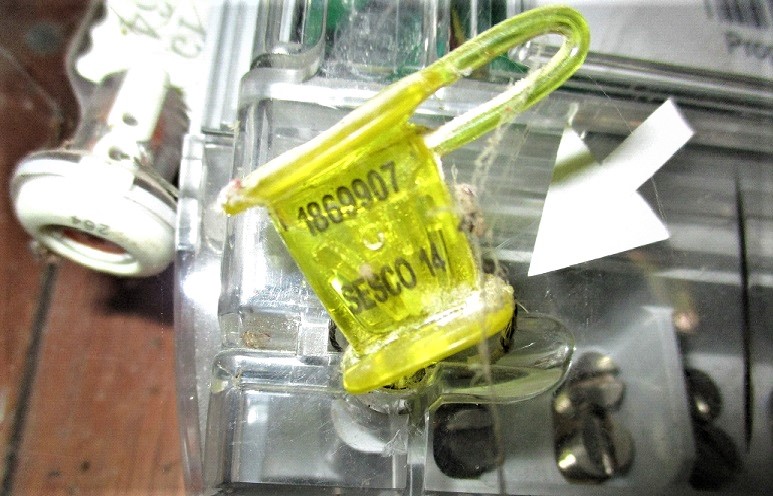 The cases were similar to the ones found during an operation in March, where fake meter covers were used to conceal the tampering of electronic components in the meter to affect its reading accuracy.

Customers with tampered meters will have lower billing amounts despite heavy use of electrical appliances.

Four locations in Miri were found using this method of power theft – a heavy machinery workshop at an industrial estate along Miri Bypass; a mini-supermarket operating along Jalan Miri-Bintulu; and two double-storey private homes in Taman Orchid and Eco Park 2 respectively.

The most recent discovery was made following public tip offs and weeks of surveillance of the suspected premises before Sarawak Energy’s technical team entered the site for inspection. The team is specifically trained to detect and identify any forms of tampering on the electrical meters.

According to a Sarawak Energy spokesperson, the fake meter covers found on the premises were similar to the ones in the joint Malaysian Anti-Corruption Commission (MACC) and SesCo operations at Jalan Acacia, Miri in August last year, where a meter tampering syndicate was uncovered.

“Safety is our top priority. Power theft is a dangerous crime which may cause serious injury or even death. This can occur by causing damage to electrical appliances, which may lead to fires. Our customers are urged to exercise caution when approached by meter tampering services who promise them cheaper utility bills,” said the spokesperson.

The successful operation indicates there may be more instances of fake meter covers being used by irresponsible customers who disregard safety and the law.

Sarawak Energy will continue to carry out meter inspections throughout the region, working together with relevant agencies like MACC, Royal Malaysia Police (PDRM) and the Ministry of Utilities.

All the tampered covers from this operation will be submitted to the Electrical Inspectorate Unit of the Ministry of Utilities and State Attorney General (SAG) for further action.

Power theft is punishable by law, with a fine of up to RM100,000 or five years jail or both, if found guilty.

The public can continue to report to Sarawak Energy on any power theft information via the hotline 082-443535. All information will be kept strictly confidential.