MIRI: The floodwaters in Long Busang, one of the hard-hit areas, have completely receded allowing all the flood relief centre to be closed and evacuees to return to their respective homes.

At the height of the floods, it reached 12 metres following the two-day heavy downpour since June 3, in which the northern and central regions of the state were struck by floods affecting over 1,000 people. 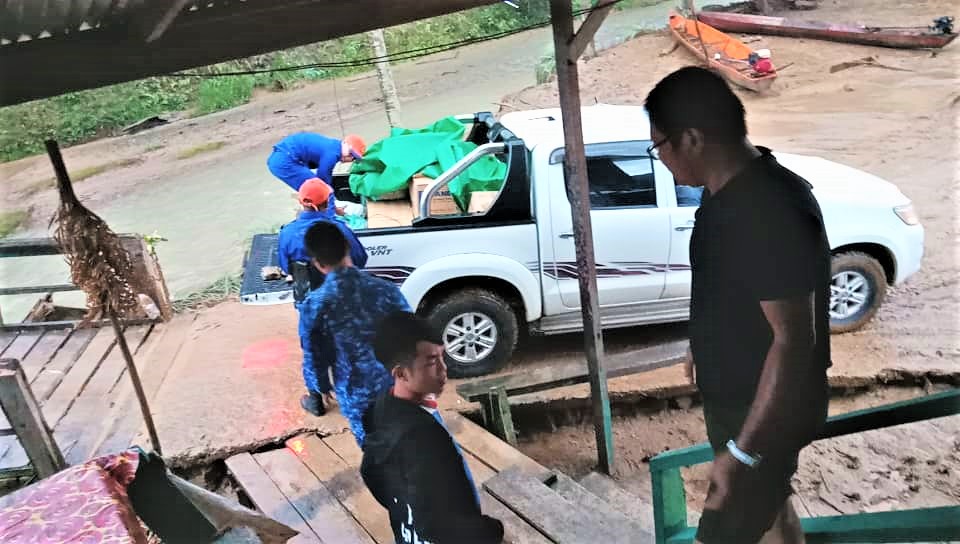 Civil Defence Force personnel assisting in the distribution of the consignment of food assistance.

Relief operations by relevant agencies were also carried out in the flood-hit districts of Baram and Tinjar, in the interior of northern Sarawak.

Among the affected areas were Long Loyang in Baram and Ulu Teru in Tinjar.