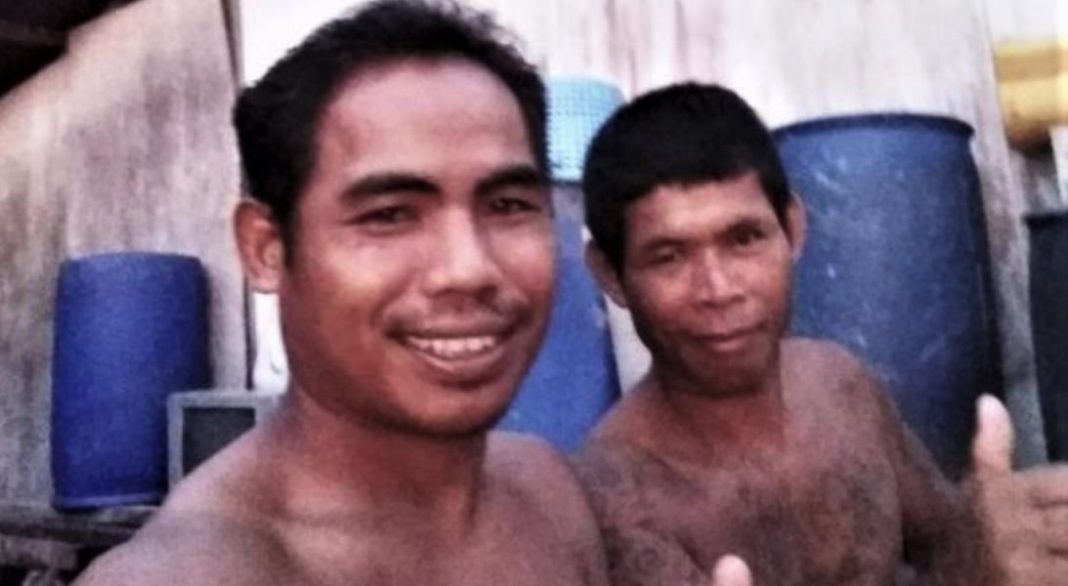 LUNDU: An Indonesian was reported missing since Thursday morning at a prawn farm in Rambungan.

There were fears that he might have been a victim of a crocodile attack.

A search and Rescue (SAR) operation was activated following a distress call received at about 3pm by the State Fire and Rescue Department (Bomba) yesterday.

However, the grass cutting machine and shirt were found 50 metres from the pond by the search team yesterday.Its operation commander from Lundu fire station, Joseph Diea, said the victim identified as Bertus Aleng, 39, was last seen by a 21-year-old colleague by a pond, carrying out his work routine of cutting grass at around 8.30am on Thursday.

Joseph when met by reporters said the search team had searched areas within the farm to no avail.

As such, he said the department did not rule out croc attack or he had run away.

The operation was called off at 6.30pm.

Search operation will continue with the assistance of the scuba divers tomorrow (today).

Meanwhile, Domingo, 21, a Filipino, who was also Aleng’s colleague, said after having their breakfast, the victim informed his colleague in ‘hand sign’ indicating that he was off to work to cut the grass.

“After I finished my shift feeding the prawns I headed back to our hostel and that time I still heard the sound of the machine.

“By noon he hadn’t return. I didn’t hear the sound of the machine either but I didn’t find that strange because I thought he must have gone to set up some crab traps nearby. He used to do that.

“By 6pm when there was still no sign of him, I thought it strange so I contacted the farm owner.”

According the owner, he received a call at 6.30pm from his worker about the incident and lodged a police report of a missing person at the Lundu district police headquarters to seek assistance to locate the missing victim.