CM has big plans for Miri

We promise to do it, we’ll deliver it GPS way: Abang Johari 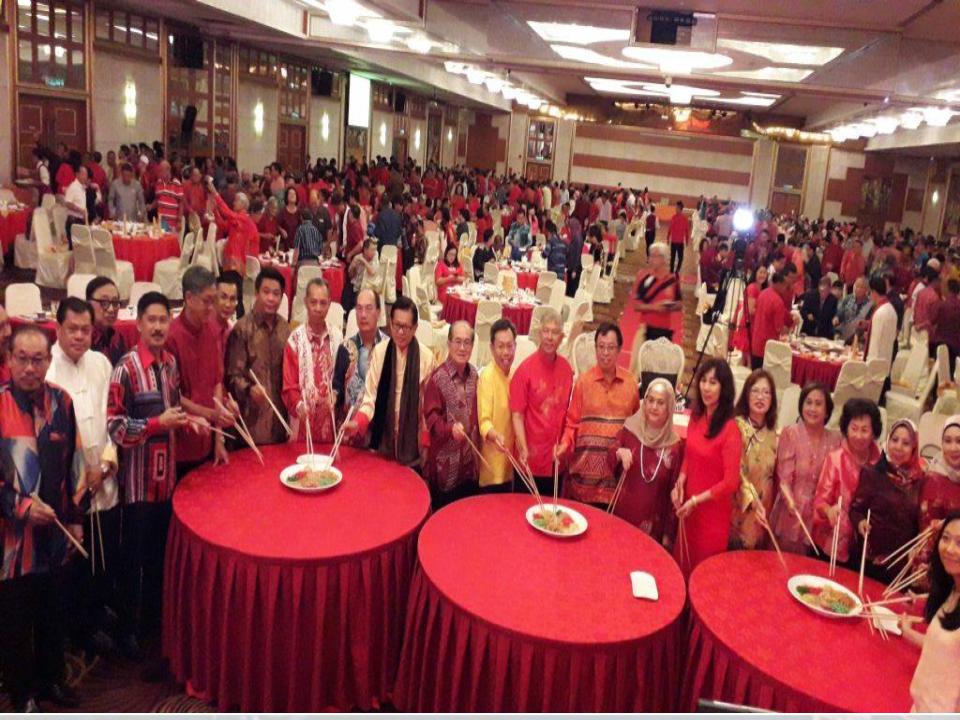 MIRI: The state government will invest heavily in the infrastructure sector of this division, but the Chief Minister is not revealing any details.

Speaking at the Sarawak United Peoples’ Party (SUPP) Miri-Sibuti Chinese New Year gathering at a leading hotel here Friday night, Abang Johari said he has the formula but suffice it to say he will deliver what he promises.

“I got formula (for the plans) but I cannot reveal it yet. As we all know, Miri has all the attractions and facilities, that is why we want to invest in its infrastructure to spur the local economy,” he pointed out.

He said the state government is taking every possible initiative to boost Miri’s infrastructure sector the GPS way.

“We at GPS (Gabungan Parti Sarawak) always fulfill our promises unlike some people.

“We promise to build, we will build. Take for example, the plan to build a city hall for Miri which will cost of RM70 million.

“The building will be an iconic one for Miri and I believe by investing in such infrastructure, we will give tourism that extra push.

“At least when I’m gone, the building will remind Mirians about Abang Jo,” he said to applause.

The Chief Minister went on to speak at length about giving tourism the right adrenalin jab.

He said in the pipeline are Sarawak’s very own airline to tackle connectivity problem; deepening the channel of Kuala Baram; building more affordable houses (for lower income group); tackling the re-resettlement problems; bus transport for the urban areas (of which an announcement will be made soon) and establishing a Miri museum and culture centre.

He said even though a lot of the projects that were approved by the previous federal government had been cancelled by the current one, the state had taken over these projects on its own funding.

“Many people will benefit from these projects, which is what we in GPS want. We want the people to enjoy the fruits of development and if we know many people are happy, why would we get distracted by the few who complain, promise but can never deliver?”

He stressed that GPS will be the people’s platform to pursue Sarawak’s rights and struggles for greater autonomy.

“Enough with the ‘Tengok Sahaja’ (lit. see only) approach. From now own, Sarawak will continue what the late Tok Nan has done.

“GPS is the symbol of a united Sarawak and Sarawak belongs to Sarawakians.

“The formation of GPS shows Sarawakians have come of age and able to manage our own without having to bow to the federal government in every decision we make,” he added.