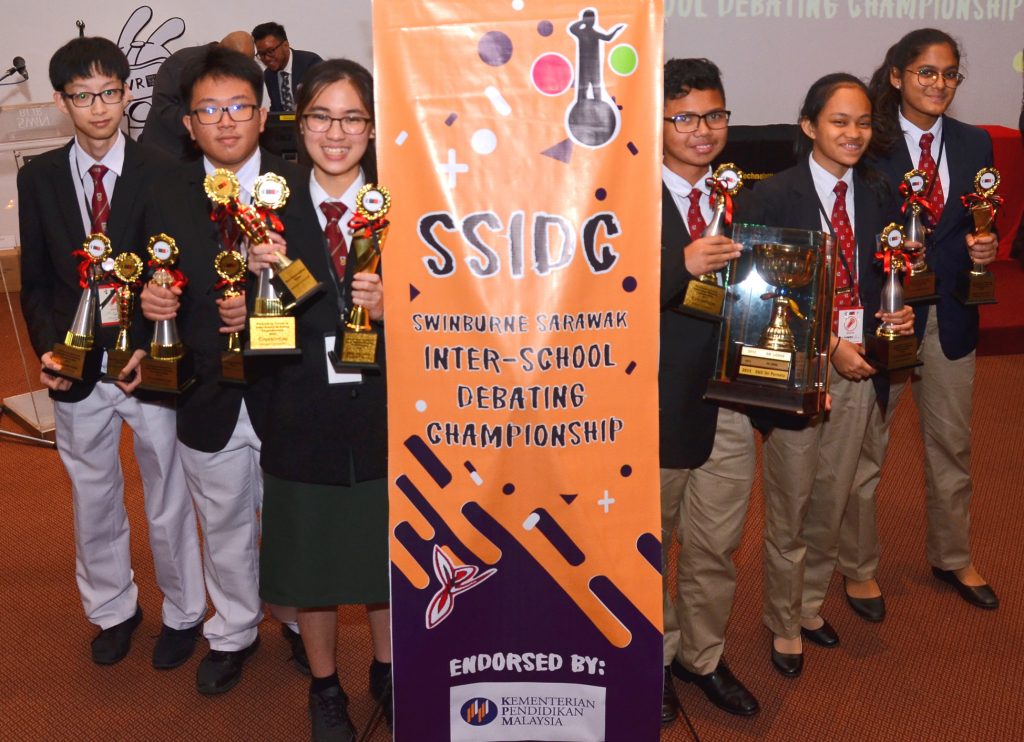 KUCHING: Young people are encouraged to speak out their truths in meaningful and helpful ways.

This is among the main aims of Swinburne Sarawak inter-school debate, the 14th of which was held at the university’s campus in Simpang Tiga here.

Deputy vice-chancellor and chief executive officer of Swinburne Sarawak, Professor John Wilson, who spoke at the event, expressed his hope that the event would act as a catalyst to encourage discourse and exchange of ideas with decorum.

He sees the event as a positive platform for students to forge new friendships, learn from each other and spark a new sense of care for the environment in positive ways.

Wilson noted that “oral adjudication” is part and parcel of debate championships and helps debaters improve their form and substance.

Some 276 students from 39 schools participated in the championship comprising of a diverse group of schools such as the fully residential schools in Betong, Kuching and Melaka to private day schools, as well as Chinese independent schools, government cluster schools in Sarawak, Malaya and Indonesia.

Since its inception in 2005 the championship has also seen a diverse group of schools winning the title with Malayan and Indonesian teams winning the top prizes other than schools from Sarawak.

This year’s championship began on January 28 and ended yesterday. Twenty-seven prizes were up for grabs and there were four scholarships in the form of discounts ranging from RM3,000 to RM4,500 for foundation courses offered at Swinburne.

For this year’s championship the university sponsored 19 experienced adjudicators from Peninsular Malaysia to attend the event and share their experiences.

The range of themes in this year’s competition covered health, sciences, technology and the environment, crime, family, education and international relations.