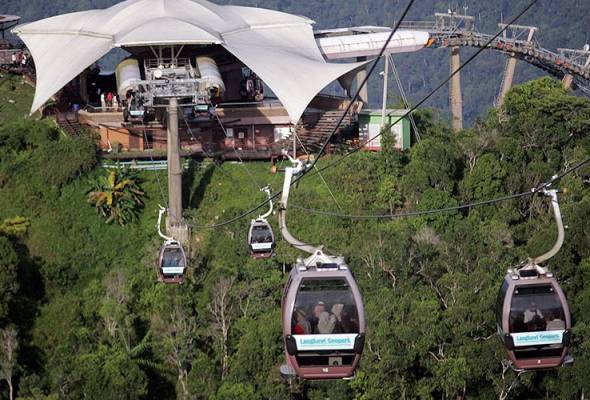 LANGKAWI: Panorama Langkawi Sdn Bhd, the operator of the  cable car system here, would carry out an investigation to determine the failure of the system which led over 1,000 tourists to be stranded yesterday.

Panorama Langkawi board member, Datuk Azizan Noordin said while a faulty bearing had been identified as the reason for the system to breakdown, the probe would involve finding the causes for the faulty parts to ensure there would be no recurrence in the future.

“We will carry out a post-mortem to find out the details leading to the system failure,” he told reporters after receiving the stranded tourists earlier this morning.

At the last count, a total of 1,048 tourists and 78 staff of the cable car company were stranded for about seven hours before being rescued in stages between 9pm last night to just after midnight today.

The incident, which was reported to have started at 5.48pm, was claimed to be the worst ever to affect the cable car system since it was first introduced as Langkawi’s leading man-made tourism product in 2002. 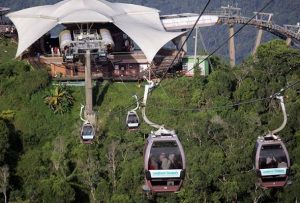 Azizan, who is also the Langkawi Development Authority (LADA) CEO, said the Panorama Langkawi’s technical team was able to mobilise the system manually at about 9.00 pm to enable the first 88 tourists who were stranded inside 16 cable cars to be brought down to the base station.

He said the manual mobilisation only allowed for minimal movements of the cable cars but that was sufficient to bring down some of the tourists while giving an alternative to get the spare part up to the middle station where it was fitted to restore the system.

“The whole system was restored at around 11pm to enable us to start evacuating the rest of the tourists and staff who were stranded,” he said.

He said the incident had tested the effectiveness of the crisis management team on the island, which among others involved the Fire and Rescue Department, Royal Malaysian Police and several NGOs.

He said the Fire and Rescue team had combined with the Panorama Langkawi technical unit to climb more than 600 metres to reach the cable car’s middle station, as the first alternative to carry the replacement part for the failed bearing.

Azizan said at the base station, they distributed food and drinks to the tourists who arrived and even cold towels for them to refresh as they had endured the heat inside the gondola for quite a long time.

He said the police, under the arrangement of Langkawi OCPD, ACP Che Ghazali Che Awang, had also prepared two police buses to transport the victims to their respective accommodation facilities.

“We also had the State Assemblyman (for Kuah, Nor Saidi Nanyan) and Langkawi Chinese representative (Datuk Chen Lai Ping) to be around to comfort the victims and most of the tourists involved who were from China,” he said.

Azizan said the assistance also involved providing additional night accommodation and arranging flights for the tourists who had missed their flights due to the incident.

“Alhamdulillah (praise be to Allah), the fine weather with low wind condition had also facilitated the operation to evacuate all the tourists and staff,” he added. — Bernama

Please stop bickering, we are all children of Malaysia