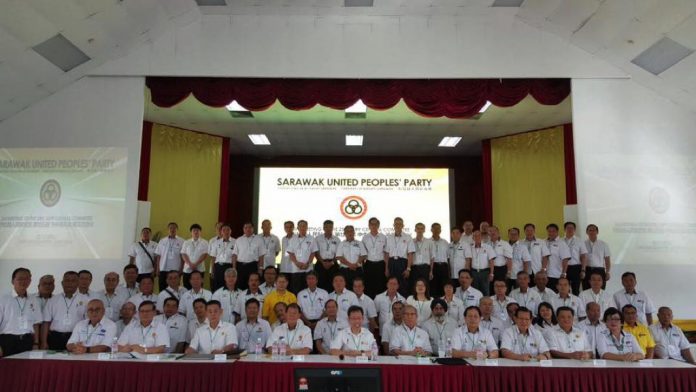 This was one of the resolutions passed during it’s  2016 Annual Delegates Conference.

In its eight-point resolution SUPP wants to uphold the Federal Constitution as the supreme law of the nation and firmly against Private Member Bill to amend the Syariah Courts(Criminal Jurisdiction)  Act (Act 355)  by Parti Islam Se-Malaysia(PAS)  and Parti Amanah Negara(Amanah),  Which will ultimately lead to the implementation of Hudud Law in the country.

Apart from that, the party also urge both Federal and Sarawak Government to look into providing more low-cost housing schemes for lower and middle income
group.

“SUPP fully support the calls for amendments to the Penal Code and implementation of new laws to better protect children from sexual abuses,” it said.

SUPP calls on the Sarawak Government to establish a Sarawakian own financial institution to stimulate and facilitate Sarawak economic and financial markets more efficiently and effectively.

SUPP also calls on the Sarawak Government to establish a Sarawakian airlines to provide better and more frequent domestic and rural flight routes.

SUPP urge the Federal and State Government to formulate policies to reduce inflationary pressures and to increase employment opportunities.