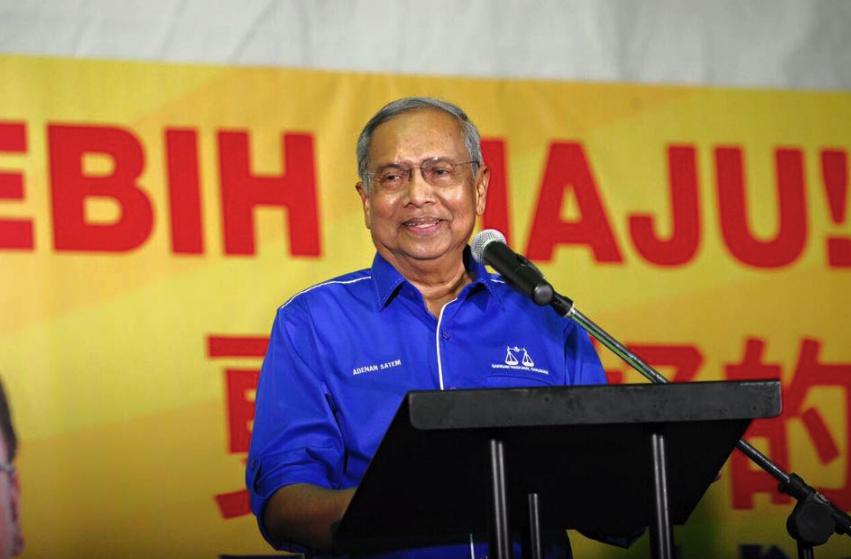 KUCHING: It was only to be expected that the Chinese press, like the other media organisations, would give Tan Sri Adenan Satem wide coverage when he took over as Sarawak Chief Minister two years ago.

But what was not foreseen was the unprecedented amount of attention that the four Chinese dailies allotted to him, making him their biggest news maker.

For when it became clear to them that the new man at the helm was lending a sympathetic ear to the aspirations of the community, they competed with one another in giving space to his words and actions.

When Adenan announced in September last year that the State government had decided to recognise the Chinese Unified Examination Certificate, they all had banner headlines screaming the news.

He said Adenan’s announcements of some RM3 million allocation to Chinese independent schools and, certainly, the recognition of UEC were very widely reported.

Chin said the magnitude of coverage the Chinese press gave Adenan was without precedence.

He said the Chief Minister’s approaches and policies had caught the imagination of the Chinese community.

“Adenan is walking the talk. He is sincere in making significant change in the state,” Chin said.

Chief reporter of Sin Chew Daily Sarawak edition Leslie Chin Yik Soon said the newspaper had been giving Tok Nan, as he is called, “good and fair coverage with lots of photos and commentary”.

News of grants to Chinese independent schools and recognition of UEC was among the most welcomed by the community, he said.

Asked about a movement back to BN in the Chinese community, Chin said: “Of course, there is a shift. But how big a shift is too early to determine.

“From my observation, those who voted for the opposition may reconsider, but hardcore opposition supporters will not switch.”

“The people welcome and appreciate Adenan’s policies. Whether it will translate into votes, we have to wait and see.”

A journalist with another Chinese daily said Adenan is always good copy for the media because of his policies.

“His words and actions are loud and firm. Sentiment for him is really good. Policies introduced and announced by Adenan are welcome by Sarawakians. His popularity is soaring high,” said the journalist, who declined to be named.

“His news always catches attention and therefore his news always gets wide coverage. Overall, the media coverage for the chief minister in the print media and also online is outstanding. His news is always good news in the media.”

After a week of campaigning, the journalist is still reluctant to predict whether Chinese will return to BN.

“Chinese voters are very difficult to predict, the opposition is still strong in urban areas,” He said. “But, but based on Adenan’s popularity, there will be votes for BN though it will be a tough fight against the opposition.” – Bernama